The film begins in 1857, when India was ruled by the British East India Company. Mangal Pandey is a sepoy, a soldier of Indian origin, in the army of the East India Company. Pandey is fighting in the Anglo-Afghan Wars and saves the life of his British commanding officer, William Gordon. Gordon is indebted to Pandey and a strong friendship develops between them, transcending both rank and race. 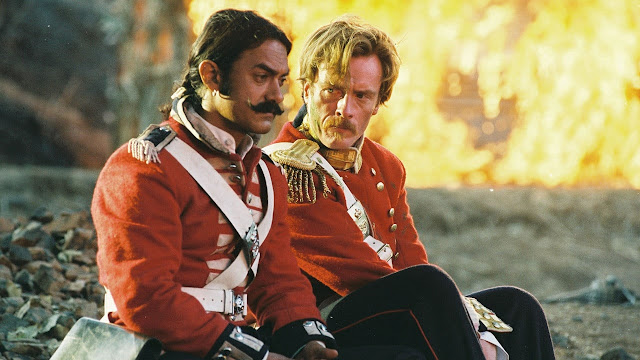